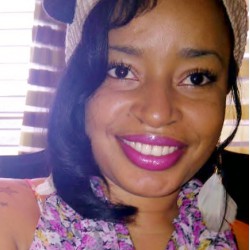 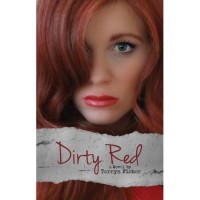 Dear Johanna Leah Smith,
I LOVE you.
Even if no one else does, I do. Why? Because I kind of have a thing for bitches. And you’re the ultimate bitch.

Your father is an asshole.
Your mother is cold bitch.
Your sister is a weakling.
And your husband is a boring dick—pun intended.

One thing that has been bugging me as I read your piteous story, though: WHY are you in love him? Like, seriously, him?
You couldn’t have fallen for someone with a bit more...spunk? Flame? Balls, even?

Why, oh, why did you ruin your life for such a boring old fart of a man? I’m sorry, but I just don’t get it.
You’re witty, you’re fun, you’re fiery, you have red hair for Christ's sake! You just have to click your shiny little heels and the world stops spinning. That’s what I see in you, Leah. Why did you let Mr. Blah take your shine away from you? Why did you let him out your flame?

I don’t see how you could’ve possibly think someone like him, and someone like you could’ve been happy together. It’s just ludicrous. I am just so pissed that you messed up your nice, spunky life for this douche. The guy who says, “burp her.” (I mean, really? A young, hot, every-girl-wants-me guy like that saying “burp her”? I bet Will Ryan would’ve made motherhood seem exciting by saying something cooler than “burp her”.)

Remember what Cammie told you about Mr. Blah and Olivia being like a hurricane and a tornado together whenever they are in the same room? I’m calling her out on her bullshit. That, Leah, was a lie!
I’ve been privy to their story, and believe me, Olivia and Mr. Blah belongs together, because they are both borrrrrring. You don’t belong in that mix, you little fire cracker you.

Trust me Leah, he’s not worth the fight, don’t throw away rest of your life for him.

You know what , I know the perfect guy for you. His name is Drew—Drew Evans. Lives in New York and works at his father’s investment banking firm. He’s currently drooling over some snarky twat name Kate—Katherine Brooks. But with your, prowess, Leah, you could have him eating out of the palm of your hand in no time, and have him saying buh-byyyye to that Kate biatch. Forget Grandpa Caleb. You and Drew would most definitely work!

Just say the word so we can start plotting to break up another relationship.

Sincerely,
From Another Bitch

Caleb, I HATE YOU.

Sincerely,
From A Growling, Teeth-Baring Bitch.

To say I am obsessed with this book is an understatement. I was consumed with Leah’s story. From the very first page, I was sucked in.

While I wasn’t very fond of The Opportunist, I think Dirty Red is FLAWLESSY written. I was hanging on to every.single.word. Tarryn Fisher is the BOSS at describing emotions, making you feel every bit of what her characters are feeling. She does it so effortlessly, sans exaggeration and hyperbole. I commend her on that.

I’ve hated heroes before: I hated Professor Emerson from Gabriel’s Inferno in a two star kind of way, and I hated Gabe from Maya Banks’ Rush in one star kind of way.
I hate Caleb with a bitter passion, yes, but in twenty star kind of way. I hate him, but God, I am dying to get inside his head with Thief. I want him to prove to me that he is not an old, boring Grandpa who says things like “burp her” and “will you dream of me tonight?”

And even though I know that this asswipe is going to go after Olivia and start ruining other people’s life, people who think they are so happy and safe at the moment, people like that dear, precious Noah…


A phenomenal read on Goodreads.